Four Ss: The Benefits of a Catamaran's Double Hull

Unless you're an expert or you've been a boat owner for years, choosing a vessel to buy is no easy task. There seems to be a world of differences, and it's not always easy to see what would be beneficial to you and what would be a hindrance. Even deciding on basic types of boats for sale is tricky if you want to avoid getting something unsuitable.

Breaking the whole process down into steps makes it a bit easier, starting with one of the biggest and most significant differences there is. It's the difference between a standard, monohull boat and a catamaran. To help you understand it a bit more, here are the benefits of a catamaran's double-hulled design.

The most obvious thing you'll notice when you're on a catamaran rather than a single-hulled boat is how stable it is. Those two hulls keep the boat extremely flat in the water and minimise the movement you'll feel when you're onboard. That's great for people who get seasick, as less movement means less nausea and dizziness. It's also good for people who get nervous on boats because it feels a lot more sturdy and firm.

That stability offered by the two hulls isn't just good for making you and your passengers feel better; it also makes the boat a lot harder to sink. While capsizing isn't something you should spend too much time worrying about with any boat unless you're planning on adventuring in dangerous waters, it's nice to know that your vessel is as safe as it can be. Doubly so if you have a family who'll be joining you onboard.

With a flat deck spread widely across the double hulls, catamarans feel much more spacious than single-hulled boats. This is great if you want a real home away from home, as you'll be able to relax more without feeling cramped and restricted. If you have small children, it also helps you to keep an eye on them as they'll be on the same level as you and should always be within earshot, if not direct sight.

Two hulls mean two engines, and two engines mean you can pick up some great speed when you're motoring along in a catamaran. Even with the sails up you'll go noticeably faster than you would on a monohull, as long as you're not heading upwind. The two motors make catamarans steer smoothly and precisely, too, which is great for the inexperienced captain. 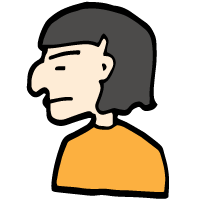 I love fishing but for a lot of years I didn't have the time or money to really indulge my hobby. Now I am getting a little older and have retired I have a lot more time to start really getting into fishing. I have been doing some dedicated trips to the mountains to try fishing in streams and catching some more interesting fish. This blog has some tips on how to upgrade your fishing gear for mountain fishing as well as some tips on planning special fishing trips. I hope it will help anyone who is looking to get more into mountain stream fishing.